The articles and information on products that may be found on this website are provided exclusively for the purposes of providing information and education. Only in vitro testing should be done using the products that may be purchased from this website. Research that is carried out in vitro takes place outside of the human body. These items are not pharmaceuticals or medications, and the Food and Drug Administration has not given its go-ahead for the treatment or prevention of any disease, medical condition, or ailment using them.

What  is Tesofensine?
Tesofensine (TE) inhibits neurotransmitter presynaptic reuptake of noradrenaline, dopamine, and serotonin. Other forms of selective serotonin reuptake inhibitors are used to treat depression and eating disorders, but they have not consistently resulted in long-term weight loss.

Tesofensine was first investigated for its potential to treat Parkinson’s disease and Alzheimer’s because it blocks the reuptake of serotonin, noradrenaline, and dopamine. Unfortunately, the test volunteers started dropping too much weight, therefore it was unable to fully explore its potential for these indications. Since then, tesofensine’s appetite-suppressing properties have been investigated for their potential as a treatment for obesity. This chemical compound has been shown to be more effective than other weight-loss drugs because of the indirect stimulation it provides to the cholinergic system. The brain’s transmission of three monoaminergic neurotransmitters is boosted by teofensine (TE). Serotonin, norepinephrine, and dopamine are neurotransmitters that have been associated to weight control and mental health issues including depression and obesity. Results from a phase 2b clinical research showed that after 6 months of use, participants lost an average of 25 pounds. Recent studies have indicated that TE has a significant impact on feelings of hunger while having just a little impact on metabolic rate. In other cases, both effects may be responsible for the dramatic weight loss.

This was a Phase 2 randomized, double-blind, and placebo-controlled trial that involved all 203 obese patients following a calorie-restricted diet. 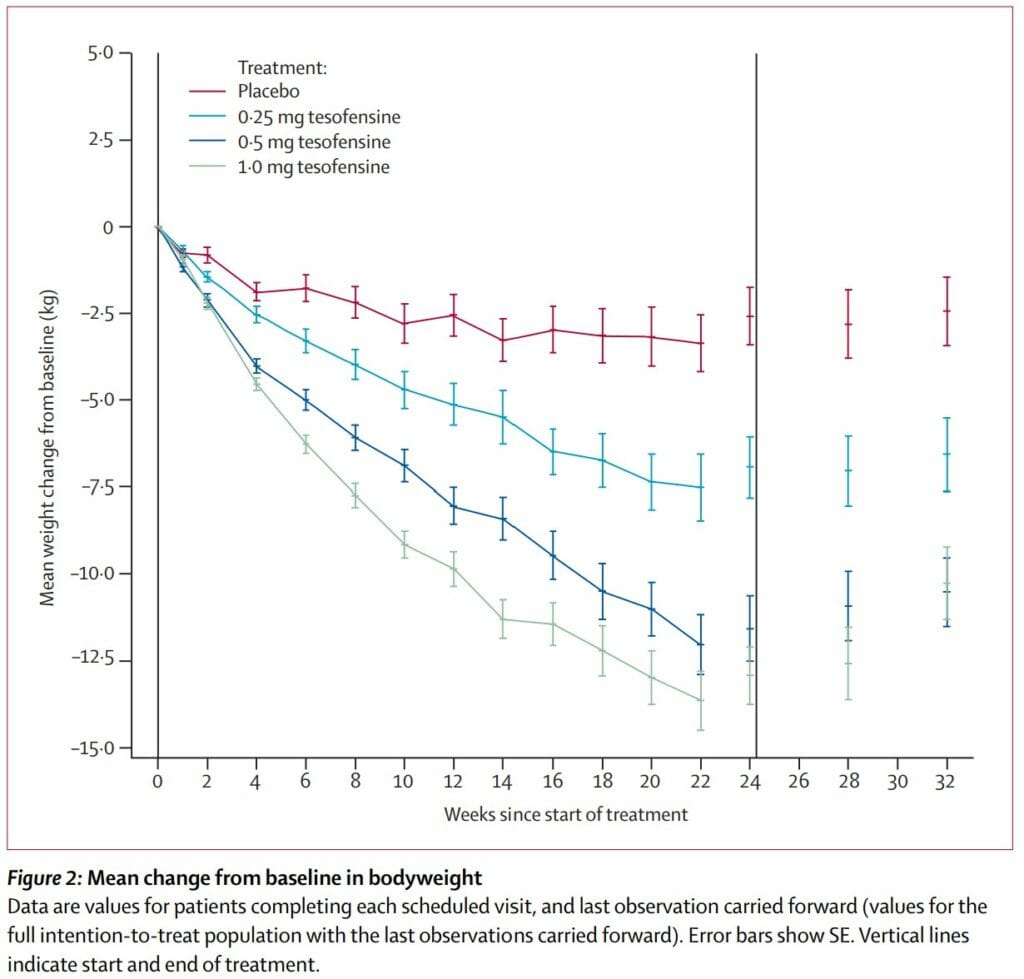 Other resources for information on this product:

Be the first to review “Tesofensine 500mcg (30 Capsules)” Cancel reply